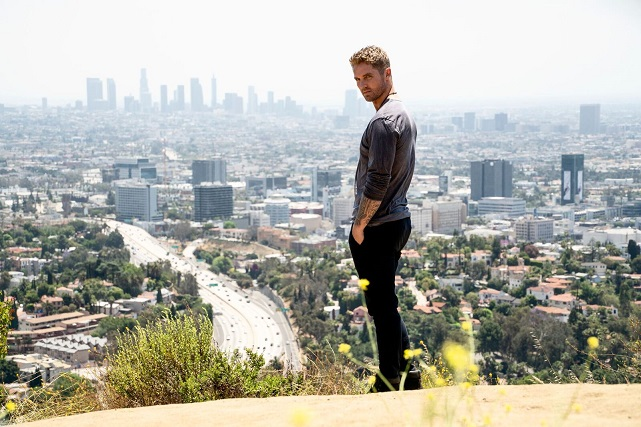 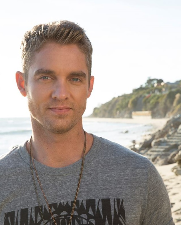 Watch a pitcher out on the mound, on any team, from a nine-year-old kid in the Babe Ruth league all the way up to a million dollar ace in the Majors. There’s a look in his eyes—an intensity—that goes right to his core.

And when you see that look in Brett Young’s baby blues, it isn’t too hard to understand what took this California boy from a ball field to the recording studio. His gritty vocals and impassioned lyrics are built on the same firm foundation that had him as a pre-draft selection of the Tampa Bay Devil Rays straight out of high school—hard work, sheer talent and that thing music industry execs and baseball talent scouts alike simply call heart.

Those same qualities have gotten Brett’s songs placed on television shows like MTV’s The Real World and Kardashian pop culture favorite Kourtney and Kim Take New York, and his feet planted firmly on some of the most well-known stages in the world—The Roxy, The Troubador, The Viper Room, sharing those stages with some of pop music’s best and brightest, from Colbie Caillat to Gavin DeGraw to Katy Perry.

Not bad for what Brett Young once thought would just be a “hobby.” But when a major elbow injury and reconstructive surgery took him off the pitcher’s mound for good, he found out that his love for music became so much more, and what he thought was the end was only the beginning.

“Everyone leaves a trail of ‘almosts’ and bittersweet memories behind on the road to ‘the one’,” says Brett. “It happened to me on my journey—it happens to everyone. Now I use those moments when I write music. I guess it is fortunate for me that people most easily relate to heartbreak. I’m an over-emotional, hopeless romantic who feels everything, and that shows in my songs.”

With three independent albums already under his belt, Brett is taking his newest batch of songs into the studio with David Hall at the production helm, known for his GRAMMY Award winning work as an engineer, with artists of nearly every genre. And true to form, he’ll be showcasing that intensity and emotion in his recordings, of songs like “Fire” and “Breathe Again.”

“I grew up with Al Green, Marvin Gaye—soul singers. I like that the emotion carries the songs, where the music is almost secondary,” he says. “Van Morrison’s ‘Crazy Love’—that’s just timeless. They influence me; as a songwriter and a performer, I want to connect like they did. And when your audience feels like they can relate, then you have something much more special than a show, or a sale. You have a fan.”

When it comes to Brett Young, it isn’t so far from a pitcher’s mound to a major stage, and it doesn’t really matter what kind of Big Show you’re talking about. Because in the end, when you have that thing called heart, it shows. You may see it in his eyes, but you’ll hear it in his voice.

Brett has since played venues ranging from House of Blues to Troubadour, and shared the stage with such artists as Mandy Moore, Tyrone Wells, Jason Reeves, Gavin Degraw, Tyler Hilton, Katy Perry, Hoku and many more. Brett recently released his second record, Make Believe and is currently in the studio finishing up his latest album.